With millions struggling with addiction globally, something’s got to break treatment wise. Sure, some progress is being made, but not nearly enough.  There’s a lot of theories as to what needs to happen, and among the top contenders is the topic of neuroplasticity and addiction treatment.

For many years, science told us that the brain wasn’t really “changeable”. Researchers implied that damaged brains were not able to repair themselves. However, the ever-evolving research in neuroscience has something different to say, and the study of neuroplasticity is pretty exciting.

Neuroplasticity is essentially the brain’s ability to change in associations and structure.  It’s the magic wand of reorganizing itself and forming new neural pathways. Though it’s not well-known in some treatment circles, the idea isn’t new. In fact, Psychologist Donald Hebb coined this term back in 1949.

The brain is a highly complex system that acts a lot like a machine that follows certain processes.  For example, when you make the same decision repeatedly, your brain perks up. It notices that you’re doing that thing that you do (like wake up and have a cup of coffee) over and over. Because it’s efficient, it makes a nice, comfortable space for that repetitive decision, creating neural pathways or connections.

How Does The Brain Heal?

The human body with all its organs and systems is extraordinary, and it will try to heal itself time and time again. The brain is no exception. It wants to heal. And, when you learn how the brain heals, you’re much more apt to be excited about your future whether you’re struggling with addiction or anything!

Think of a weight lifter who lifts regularly, building some decent muscle. He’s created a habit and the brain takes note. The brain has fired neural connections surrounding the thought of lifting and the actual lifting behavior.  It produces those endorphins and other chemicals that bring about some good feelings. The weight lifter’s positive habits have solidified those neural pathways.

Now let’s look at an addict who drinks or takes a drug repeatedly. By doing so, he builds his “addiction muscle”. Each drink or “hit” trains the brain. The brain perks up, takes note, and begins solidifying neural pathways that fire to re-wire the brain to crave that behavior over and over again.

So, the brain makes NEW connections that change the way the brain will fire between the synopses of the brain, causing the person to want to repeat that behavior.

The Mind Instructs The Brain To Change

Now, guess what gives instruction to the brain to change…

“Recent research on neuroplasticity (the brain’s plastic or physically adaptable nature) seems to confirm that the thoughts of the mind direct the activity of the brain and actually cause this supercomputer to physically rewire itself to function more efficiently.”

Now what does all this mean to those who struggle with addiction to alcohol or drugs?

Let me start by saying I’m believing for better statistics for addiction treatment.  There are far too many addicts falling through the cracks, coming out of treatment centers and doctor’s offices STILL addicted or prone to relapse within months.  There are also many who label themselves with a diseased brain that will cause them to suffer the rest of their lives, and I just don’t believe this.

Is recovery from addiction able to come through a better understanding of neuroplasticity?

Addiction treatment can be a time when a person learns ways to pave new neural pathways that don’t involve drinking or drugging. A dedicated time to retrain the brain and make better neural connections.

Just because you no longer drink or use your drug of choice doesn’t mean those addictive thought processes aren’t quietly waiting somewhere in the brain, itching for reactivation.  Like an old drinking buddy who says, “Hey, come on. Let’s tie one on for old times sake!” – itching for you to follow the rabbit hole just one more time.

Become A Student Of Your Brain

We have this incredibly complex brain, yet most people have very little idea how it works.  Not saying you have to be a neuroscientist, but it can sever you well when you learn a bit about how your brain works.

See, your brain is always at work. It’s a constantly moving machine. It’s being affected by every thought you’re thinking, every decision you’re making, and external circumstances. You’ve heard the phrase, “My brain never shuts off”. Well, the brain really doesn’t shut down.

Remember studying to take an exam? You went over the material repeatedly to learn it. To memorize it. Your brain memorized it!  That’s how the brain works. You take in information and think thoughts and your brain is paying attention.

If you’re an addict and using booze or drugs to try to feel happy, your brain will adjust. It will dedicate more neural connections and space to process thoughts of using substances more efficiently. Like when I used to drink a lot, I’d actually find myself thinking a whole lot more about when and where I could drink.  I started basing my schedule around drinking, as my brain was onto my thought life.

Addiction happens for various reasons, but let’s not rule out that it happens because your brain has become adapted to the repetitious behaviors. Your brain becomes efficient at drinking or using.

The Brain Is A Slave To Thoughts

Your brain is a slave to your thoughts. I can’t really say it any simpler than that.  Your brain can be a slave to positive or negative thoughts, and regardless of what you think, you do have some power over that.

See, your thoughts can create habits. And, your habits can be a process that accommodate excessive drinking or drug use. This is neuroplasticity in action.

In 2002, Schwartz & Begley did some research on the topic and found that addicts who quit using drugs oftentimes quit because they changed their thought patterns. They began decreasing “using” thoughts and increased better thoughts.

They began to rewire their brains, limiting the repetitive negative thoughts and increasing the positive. An addict, due to repetitive behavior, will keep using because they’ve created familiar neural pathways. The brain LOOKS for such pathways, so when they stop, the brain will be looking for new paths.

And, you have the power to give it new paths and new habits because the brain will adapt.

But I Want A Dopamine Surge!

We all like a good dopamine surge. Whether it’s from the initial buzz from a drink, high from a drug, good feeling from eating a Krispy Kreme donut, and so on.  We want to feel happy, and our brains are adept at providing chemicals to help us feel happy.

Chemicals like dopamine, serotonin, oxytocin, and endorphins. The brain is pretty good at letting loose these chemicals when we exercise, enjoy physical closeness with another, or even just think about doing something that we enjoy.

But when you drink or use drugs, your brain chemicals are altered.  The brain is like, “What the hell?” and gets out of whack because the brain is what’s supposed to be dosing out these chemicals.  When booze or drugs get ingested, the brain gets hijacked and you’ll begin to feel that buzz or high or relaxation you desire to feel.

But only for so long.  Before you know it, that high is wearing off and your brain will start begging for more.  Your brain will want another hit, and if it doesn’t get it, you’ll pay for it in the form of withdrawal symptoms. With a “crash”. With negative emotions.

Oh, the hell of the come down.

As you probably know, there are many different strategies and avenues for addiction recovery. From treatment centers to 12 Step groups to retreats to the deep jungle with indigenous Shaman.  I’m not proposing one to be better than another. We are each unique and our recovery will be unique.

However, I do believe that a holistic approach to addiction recovery is essential.

You must begin to take notice of your thought life. Your mindset, emotions, and behavior, because they’re connected. To recover from addiction, changes at that level must be made, rather than to just abstain and hope for the best.

There are various paths to recovery, so my advice is to see what works for you.  What worked for Joe may not work for Mary and you know what? That’s ok. Stop judging and be open to try various models.  Think “holistically” in terms of mind, body, and spirit. Think “whole self” – emotional, psychological, physical, and spiritual.

There’s enough research out there that shows that mindfulness and meditation are helpful in addiction recovery.  By learning how to quiet the mind, you can become more of an observer of thoughts. You can better foster new thoughts and behaviors. This helps create a gap between cravings and actions.

Here are some great contemplative practices to consider:

Use in combination with other strategies.

SMART Recovery is a support group founded by Dr. Joe Gerstein that helps people recover from addiction, including addiction to alcohol. SMART stands for Self-Management And Recovery Training.  This type of recovery group in not based on the 12 Step philosophy like you find in AA or NA.

It’s a program based on four points:

SMART helps people learn how to empower themselves, control addictive behavior by dealing with underlying thoughts and emotions, and go on to create good lives. It focuses on learning tools and techniques that help people make changes. Meetings are educational in nature and include open discussion. It’s an evidence-based approach to recovery, leaning on the latest scientific knowledge of addiction recovery.

And, it’s science based, so as science advantages, SMART adds and updates their philosophy, tools, techniques, and so on. This is one thing that 12 Step groups DON’T do, and one reason I really like the SMART program.

Tools that you may learn include the basic stages of change, how to cope with urges, role-playing and rehearsing, self-talk awareness, and various worksheets.

There are more than 3,000 meetings across the U.S. and SMART is recognized by the National Institute on Drug Abuse as being an effective strategy to overcome addiction.

← What is Consciousness Engineering and What Can It Do For You? Is Divine or Supernatural Healing For Today? → 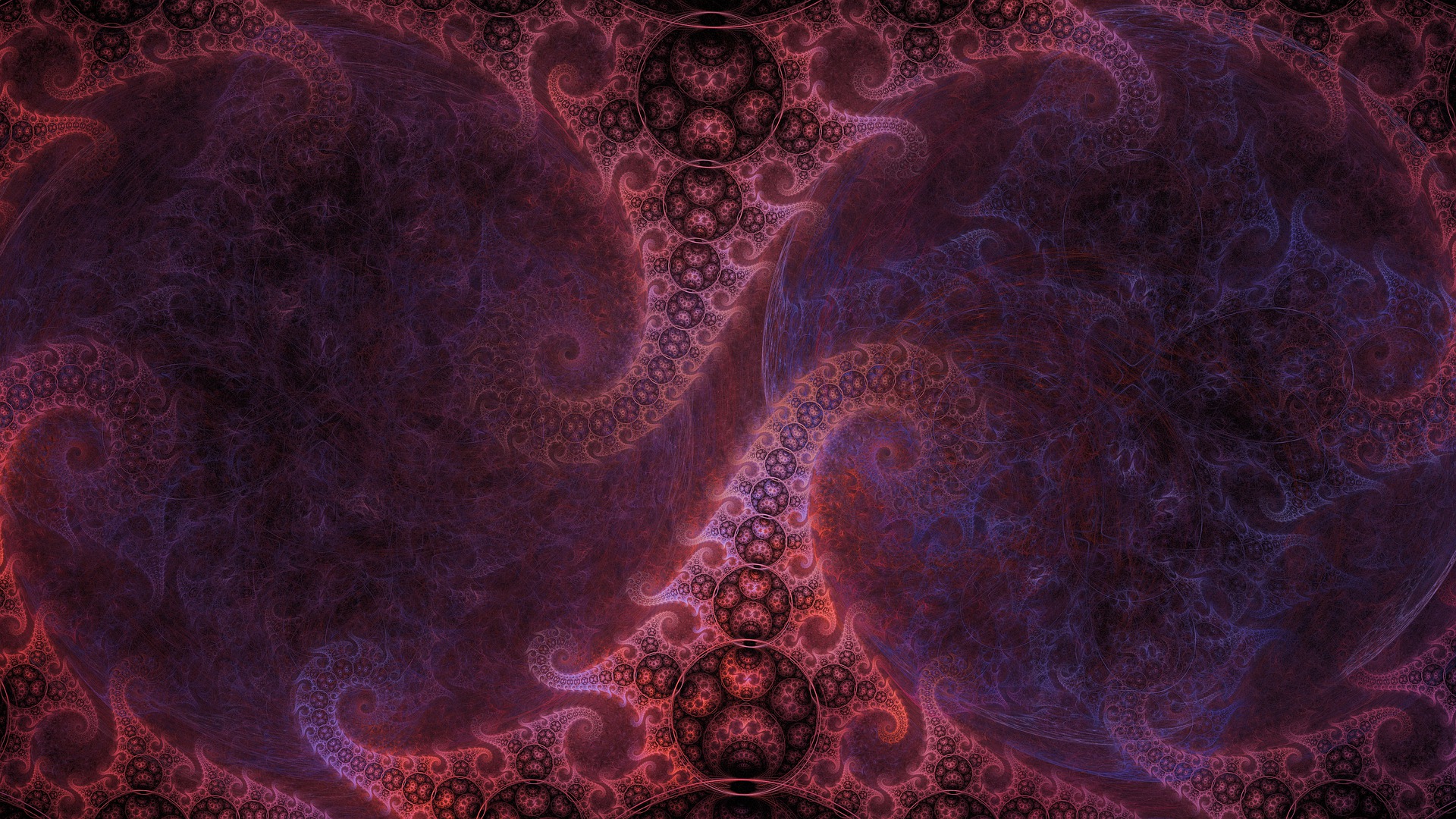 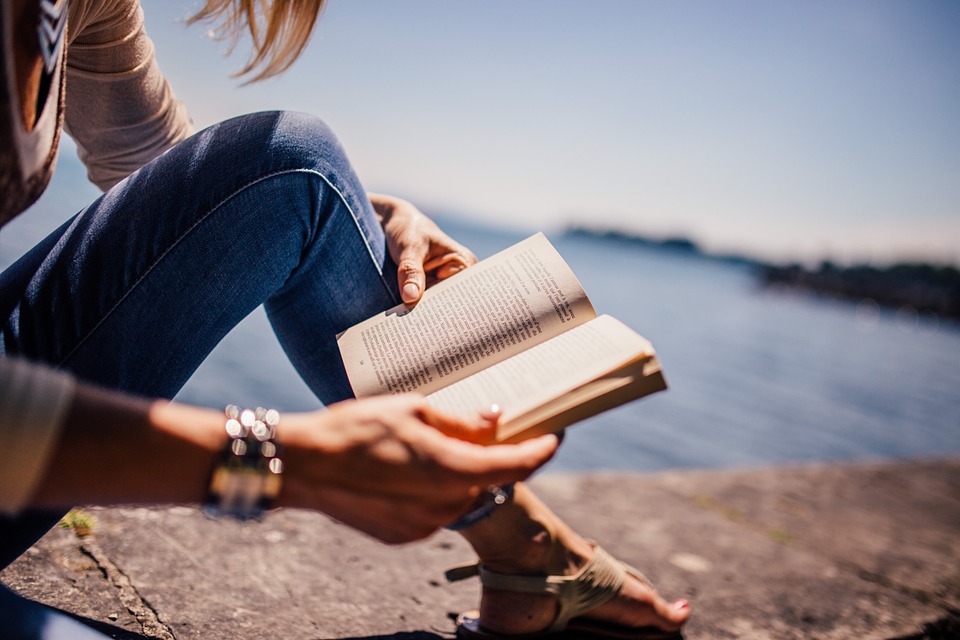 5 Must Read Books For Loved Ones Of Addicts/Alcoholics

5 Must Read Books For Loved Ones Of Addicts/Alcoholics If you've got...